You can find 30 different trims for the Buick Enclave and their corresponding recommended tire pressures.

The years available stretch from 2008 through to 2020 with the tire types underneath the yearly headings.

The Buick Enclave is a mid-size crossover SUV made by the General Motors.

Its nameplate was unveiled at the 2006 North American International Autoshow, and made its debut for the 2007 model year.

The Enclave took the place of the Rendezvous in the Buick lineup as its mid-size crossover SUV.

The Enclave shares GM’s GLS platform with the Chevrolet Traverse and GMC Acadia.

It is equipped with a badge-engineered version of the 3.6 litre V6 LGW engine built for GM by Hyundai.

This car is available in both front-wheel and all-wheel-drive configurations.

It has the largest interior of any SUV on the market and best-in-class second-row legroom.

The front fascia is now a more traditional Buick at the top with a trapezoidal grille that is complemented by new headlamps.

Its side-view shows less glass than in 2005, which makes the Enclave look bigger. 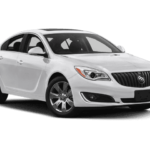 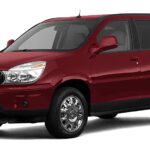