Choose the appropriate model year for the Nissan Sentra you are trying to find the tire pressure/size for from the list below. 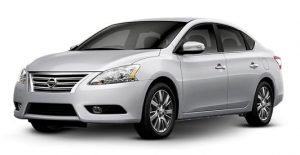 You can find the tire sizes for the Nissan Sentra and their corresponding recommended tire pressures.

The years available stretch from 2005 through to 2021 and to view the tire pressures and sizes you just click to expand.

When the Nissan Sentra was first launched in the early 1980s it was classed as a subcompact car.

This later changed in the late 1990s when it grew enough to enter the compact car segment of the market.

It replaced the Altima which was now moved into the mid-size car categorization - its own subcompact spot was taken up by the Note.

When the original Sentra was introduced it was intended to replace the Datsun 210/Nissan Sunny lines, which were rear-wheel-drive.

This newer front-wheel-drive model was lighter thanks to its lack of a prop shaft carrying the power from the engine in the front to the rear axle.

It had an amazing fuel economy thanks to many weight-saving features in the car and earnt itself a name for being cheap to run.

Over the years the Nissan Sentra nameplate stuck to what it did best - acting as a cheap car to both buy and run.

The current breed of the model is the eighth generation which was introduced in the year 2019.

It is built on the same CMF-C/D platform as the Qashqai and the Rogue with three choices of engine/drivetrain.

A mild-hybrid (MHEV) version of the car is also offered that can capture lost energy during braking and recycle it again when accelerating. 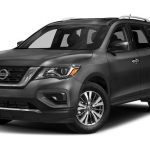 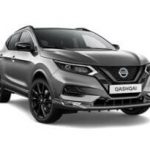 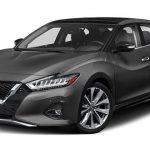 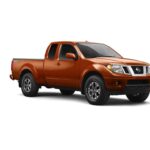