Choose the appropriate model year for the Toyota Prius you are trying to find the tire pressure for from the list below. 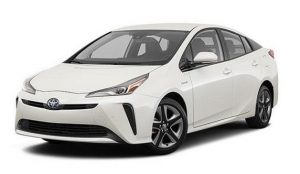 You can find 65 different trims for the Toyota Prius and their corresponding recommended tire pressures.

The Toyota Prius was the first well-known hybrid car and kick-started the move into alternative fuels.

Production of the original model began in 1997 with the first models hitting the shores of the US in 2001.

It had instant success as many celebrities embraced the car thanks to its environmentally friendly nature.

It combined an electric motor with a gasoline engine to capture lost energy during braking to recycle it again when accelerating.

Over the years since Toyota has used the Prius as a testing bed for many new alternative-fuel technologies.

You can buy the Prius with an all-electric drivetrain as well as a plug-in hybrid one.

At some point in the future (2025 according to reports) you will also be able to buy this car with a hydrogen power system too.

When the car was first introduced the Japanese automaker had taken the same platform used by the Corolla and RAV4 (to mention some of the very many models that use it) to make it.

Nowadays the most recent version of the alternative-fuel-driven car uses a more specific platform that is still shared with those two models but not many more.

In 2011 a station wagon body-style version of the Prius was introduced to the market that Toyota called the V.

Once you have inflated the tires on your car you may notice that the warning light on the dashboard that let you know they were underinflated is still active.

You can use our Prius tire pressure warning light reset guide to find out how to turn it off for free. 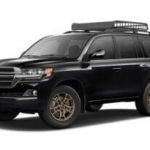 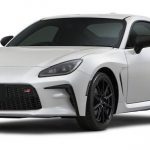 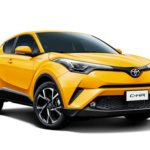 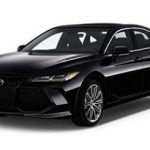