Choose the appropriate model year for the Kia Optima (K5) you are trying to find the tire pressure for from the list below.

You can find 50 different trims for the Kia Optima (K5) and their corresponding recommended tire pressures.

The Kia Optima or K5 as it is also known as is a range of mid-size cars produced by the South Korean automaker.

You can also find the car being marketed under other model names globally at various points such as the Magentis and the Lotze.

Production of the car began in the year 2000 but the car didn't make it to mainland Europe and North America until the 2002 model year.

It was originally built on the Hyundai-Kia Y4 platform that the two South Korean company's had created together.

Many popular Hyundai models also used this chassis underneath their bodies including the Sonata and Santa Fe.

It was initially offered with a range of gasoline engines, a diesel option didn't arrive until the second generation in 2005.

With the introduction of the third generation in 2010, an LPG drivetrain was offered for the first time too.

Alongside this LPG version was also a new hybrid model and station wagon body style that was only available in Europe.

More recent models are part of the fifth generation of design, production of that version began in 2019.

It sits on a newer Hyundai-Kia N3 platform that is also used under the Sorento and Sportage.

Inside of the car is some of the most advanced safety equipment on the car market, including Forward Collision-avoidance Assist. 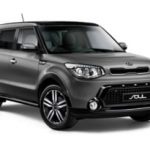 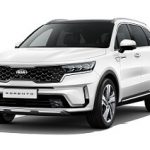